The National Wall of Remembrance Association has been working with the City of Kingston to develop a final plan for the construction of the Wall of Remembrance. After receiving the go ahead from city council we are proud to show the artists rendition of the wall as it was presented to cit council on 9 July, 2019.

The drawing shows the granite columns which depicted the conflicts and peace-keeping missions Canada has been involved in from the Boer War right through to Afghanistan.

There will be a seating area around the columns that will contain the crests of all Canadian Provinces and Territories.

Also included with the installation of the granite panels will be a kiosk that will allow visitors to search the virtual component of the National Wall of Remembrance, The Canadian Fallen, where all the soldiers that have given their lives in the performance of duty will have their own place the history of this country. Soldiers who fought and died during these conflicts will be memorialized through images and information available at www.canadianfallen.ca

The monument is planned to be installed in the City of Kingston’s harbour-front alongside of the Martello Tower and Cenotaph.

Another component of the National Wall of Remembrance being planned and built will be a virtual tour guide in the form of a smartphone app. Visitors will be able to open the app and have the virtual tour guide walk them through the monument by describing the wall and each of the conflicts and peace-keeping missions that are depicted on it.

Bringing the history of conflict in Canada, and the soldiers who sacrificed everything in the name of peace has always been the only focus of the National Wall of Remembrance Association. 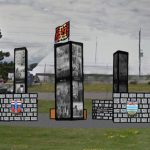 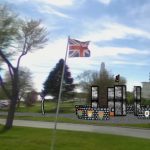 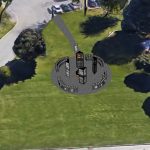 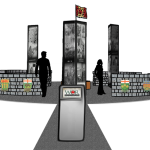